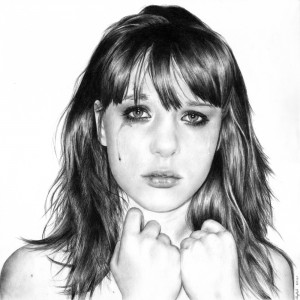 It was a move that had been expected with dread: on Friday morning Tokyo time, the Japanese government announced its new greenhouse gas emissions target for 2020. The numbers are grim. Japan will cut emissions by 3.8 per cent from its 2005 level by 2020; this translates to an increase of 3.1 per cent from its 1990 levels. The government had been reviewing its international emissions pledges in light of the Fukushima nuclear disaster in 2011.

Japan seems to enjoy making public backsliding announcements  with ironic timing. In 2010 it announced its withdrawal from the Kyoto Protocol in the opening plenary of the UN climate talks in Cancun, to the shock of the world and delight of the media.

Friday’s announcement of Japan’s new, frightening emissions target comes again in the midst of the UN climate negotiations, this time in Warsaw. At this year’s talks, the stakes are even higher than they were in Cancun. We’re edging toward a deadline of 2015 to agree to a global, legally-binding, fair and ambitious climate deal, and we’re nowhere near to achieving it. Almost every one of the 190-odd countries that have gathered in Warsaw has repeated the need to curb emissions as drastically as possible. Japan seems to be laughing in the face of the global community.

There is a bitter lesson to be learned here. Japan’s previous emissions target was 25 per cent below 1990 levels, the achievement of which depended upon its nuclear power program, which provided close to a third of the country’s electricity. The 2011 Fukushima disaster caused an energy shortfall that the government had to fill quickly. They took the easy way out, and hastily filled the gap with increased coal and gas combustion. Japan’s energy needs were so closely linked to dangerous dirty energy that they also had to ramp up fossil fuel imports at great cost. Suddenly the 25 per cent below 1990 target was impossibly out of reach, and Japan’s economy firmly dependent on fossil fuels. The lesson is that dependence on dirty energy can often cost far more than an early, sustainable transition to renewable energy.

The disaster also sparked public concerns about safety, which led to an extensive, nation-wide dialogue about the country’s energy options and its response to the climate crisis. The government at the time finally approved a new, promising  climate policy that mandated a phase-out of nuclear energy and a transition to renewables. Friday’s decision was made by a few top officials in a different administration than the one that had developed the climate policy. The decision is neither in line with Japanese public opinion nor Japan’s commitments as a developed country in the UN Climate Convention. Japan is also the world’s fifth-largest greenhouse gas emitter, and is part of a UN-identified group of thirteen countries with economies in the top twenty in the world. These countries, which include Canada, the EU and Australia, together account for 72% of global emissions. Under the UN Climate Convention, these major emitters have made quantitative pledges to reduce their emissions before 2020.

In addition, Japan owes a historical debt to the less industrialized developing countries who are feelings climate impacts in the present. The Philippines, for example, was hit twice in one year with super-storms of unprecedented size. Countries like the Philippines need a strong, reliable flow of finance and technology in order to deal with the climate crisis. In addition to providing this support to developing countries, rich industrialized countries are required to significantly reduce their own emissions in order to stabilize the climate and prevent runaway climate change. Japan has not only failed on both counts, but has backpedaled so far that it has become the climate laughing-stock of the world.

Fukushima was an unmitigated disaster, but Japan has committed the unjustifiable act of carrying on with business-as-usual in the wake of the disaster. Refusing to immediately switch to renewable energy has effectively caused Japan to pass the burden of its own emissions to climate-impacted people and nations.

Like a vindictive ex-lover, Japan has dealt a fatal blow to the multilateral climate effort. Kyoto suffers from stunted growth while the rest of the world has to scramble and make up the lost emissions reductions of one of the largest polluters. Meanwhile, having cast off all commitments, Japan can finally carry on with its mistress, the dirty energy industry, in the open.