We live in a world that revolves around the neoliberal economic system in place. Where free trade has becomes more and more normalized everyday. With such rapids trends of globalization happening around the world, it is worth taking a look at the institutions ruling this process.

After the World War II, the General Agreement on Trade an Tariffs (GATT) was created. This institution had some standard rules that were aimed at homogenizing the international market. It set the stage for corporations to do business in other countries by reducing tariffs on imported goods. The creation of the GATT allowed for globalization and greater trade to take off.

In 1992, the World Trade Organization (WTO) was created to replace the GATT. By signing in to the WTO countries had to give away their sovereignty (including some constitutional mandates). The creation of the WTO gave rise to a wave of trade liberalization, which implied strong privatization and domestic deregulation. This was view as the last effort to achieve the ultimate homogenization of rules acting upon the international markets and with respects to national markets on a global context as well.

Under the auspices of the WTO, international courts were created under the name Investor-State dispute settlement (SIDS). The purpose of this courts was to resolve economic disputes between transnational corporations and countries at the international level. There are many downsides of the existence of SIDS. The process is set in such a way that benefits polluters and more in general the transnational corporations. Governments are not permitted to sue corporations, even when their activities are deeply harmful for both the peoples and the environment. In contrast, corporations have the right to sue governments if the consider that their future profits have been inflicted by domestic legislation or other governmental tools. 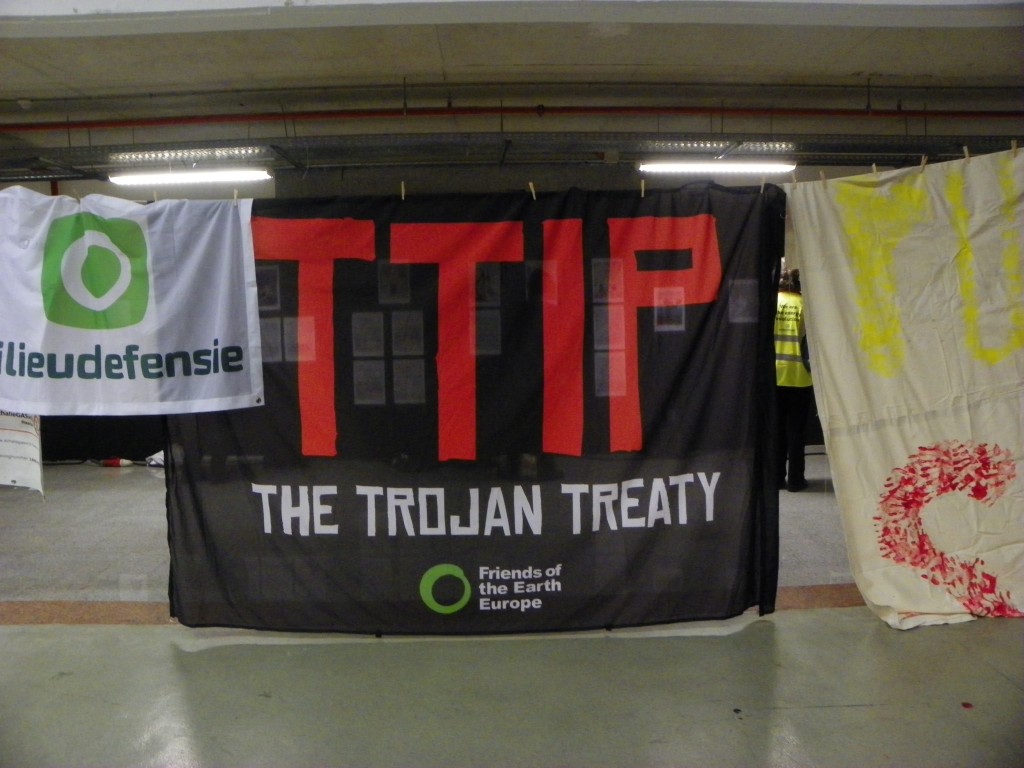 As distorted as this process sounds, the SIDS are no the only space that perpetuates this system. The World Bank also hosts international courts (ICT) which echo many of the same systemic problems. To start audiences are held in private, the tribunal, composed by 3 lawyers (the demanding country, the demanded country and a neutral one), which have alternating positions, representing the demanded country in one case and the demanding one in another one. Clearly the set of this space does not allow for a neutral court, and cases develop on a very slanted way.

In 1999, the WTO round was held in held in Seattle. This was one of the most interesting rounds so far, the massive amount pf protests got the session cancelled. Even though countries are not strictly required to liberalize their economies, however, during these rounds countries were gathering to discuss the current state of the international market, and to help those countries being to liberalize their economies.

The reason why the protests in Seattle were so powerful was all the frustration and anger gather around many injustices inherent in free trade. The way free trade operates is through perpetuating existing power asymmetries on many layers. Since the beginning, it has always been easier for big countries to export to less developed countries given institutional arrangements. At the same time, small countries lost control over their staple goods because most of them were being exported to the international market. Europe and the US were subsidizing many products which then were dumped in developing countries at extremely low prices, hurting the local businesses. Finally, deregulation targeted many products but not textiles or crops, which are mainly produced in the developing world, seriously pounding their economies. This situation portrayed a pretty uneven playing field.

At the next round, held in Tokyo, countries started making bilateral and regional agreements. Once a handful of countries sign on to free trade agreements those who have not, are in disadvantage in terms of competitiveness. This means that one way or another, the existence of these institutions is pushing the global community into a liberalized world.

Many major free trade agreements, such as the North American Free Trade Agreement (NAFTA) have empirically showed many of the flows and cracks of free trade. These international agreements represent a threat to the environment, public health and food safety, local economies, etc.

The concept of free trade is not per se dreadful. In theory, free trade will result in job creation, wealthier farmers, stop migration and increase environmental standards. The truth is that it resulted in higher unemployment rates for a number of countries, increased poverty, harming local small-scale businesses, extension of patents and the limitation of environmental and food standards.