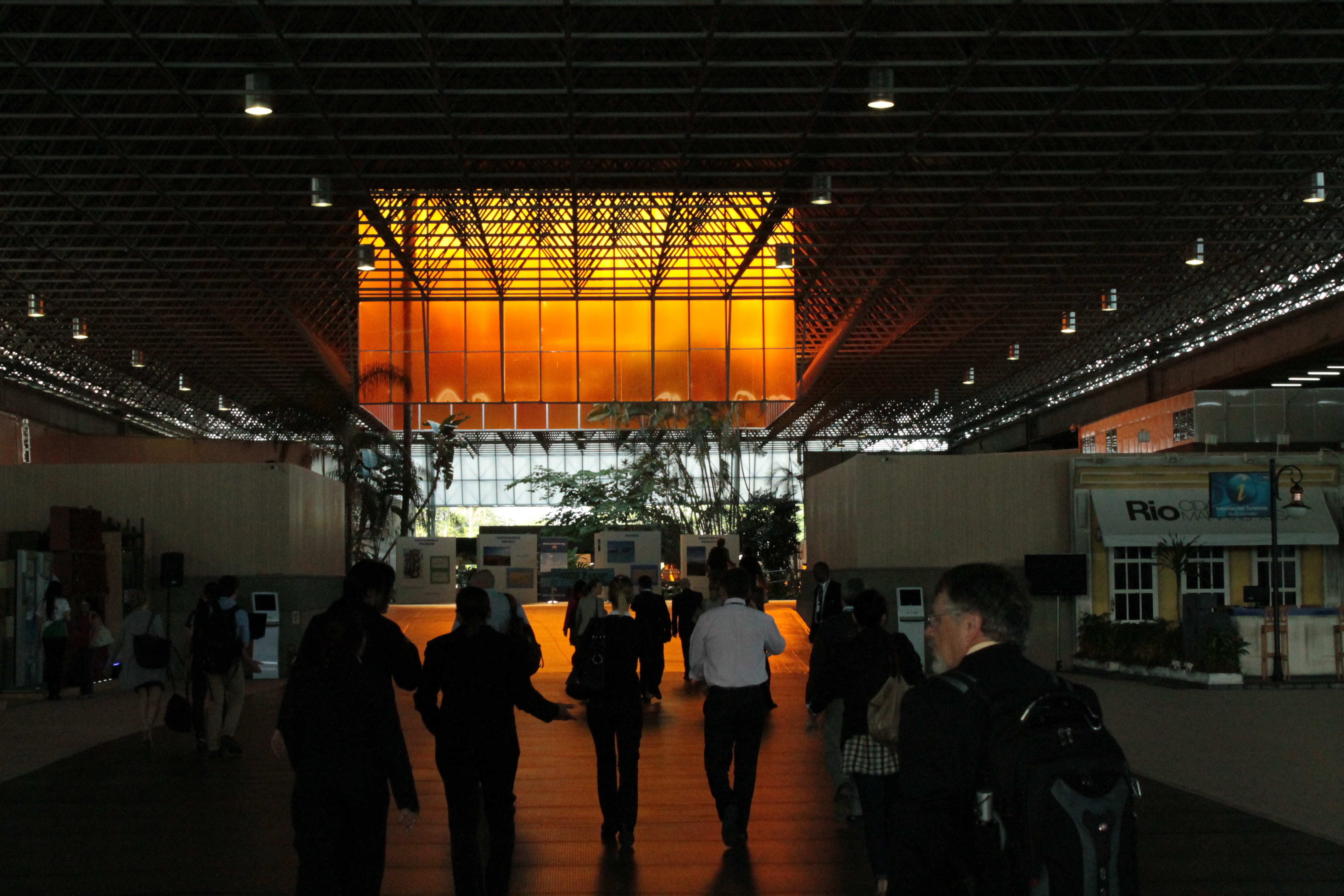 Today marked the first day of the "Third Preparatory Committee meeting to the UN Conference on Sustainable Development." That basically just means that negotiators have a few days to finalise all the details of the outcome document (the offensively titled "Future We Want").

Things just got kicked up a gear.

These past few days had been spent getting our bearings in Rio, and meeting other youth from around the world (and many from our host country of Brazil) at the Youth Blast. The contrast between those days and today is hard to overemphasize.

Whereas the Youth Blast was loose, informal, fun, and generally relaxed (even though it had been very well organised – kudos to those who made that happen), the atmosphere at Rio Centro could not be more different. 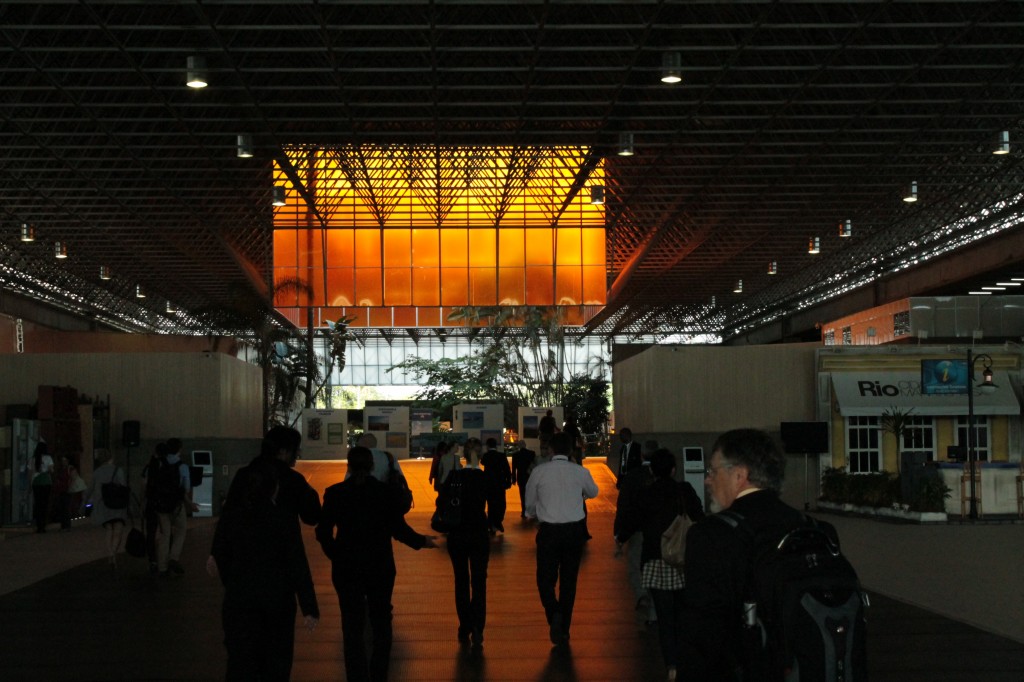 Whereas the Youth Blast had been planned to be as participatory and accessible as possible, Rio+20 seems to have been planned by the Brazilian government to be the exact opposite. Now, I do not underestimate the logistical challenges involved in organising such an event, nor am I a conspiracy crackpot: I have reasons for saying that. Rio Centro is literally as far away from the People's Space as possible without being in another city. Two hours on a bus that is not signposted, nor frequent enough or big enough to carry the some 50,000 participants to the centre. It's almost as if the voice of the people is not welcomed. Further reminders of this appear when you arrive. In the chemical smelling halls of Rio Centro, military and security personnel outnumber Youth. The security is tighter than an airport. You are constantly asked to show your badge. You are treated like a criminal by your caring global UN 'family' 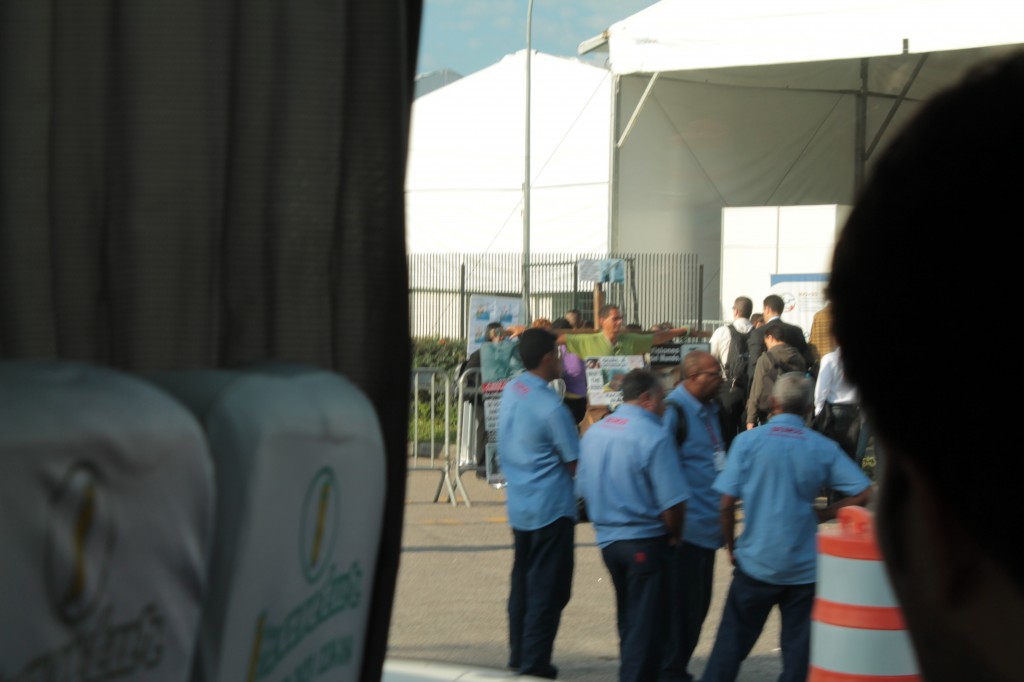 But you've arrived, so you let those things slide.

However, the creeping sense of being unwelcome returns soon after. It's the usual closed-door meetings. It's the usual changing of plans and schedules last minute, the usual lack of a shit given to civil society. And it's the usual [green] façade that shines on. It's a paperless conference (bravo), but there are people going to the medical tent with problems breathing in the chemicals in the air of the pavilions. There are solar panels inside, not hooked up to anything. Not since St. Patrick's Day was anything so artificially green. We're told that the UN is based on respect. But that means respecting their rules, that means respecting their right to speak, as governments and bureaucrats rather than respecting all of our rights to speak as human beings.

We don't like it, but we'll be back there tomorrow. Because as we keep saying, you can't have a tug of war without a rope. It's just the rope-burn that hurts…

2 thoughts on “Welcome (or not) to Rio Centro”