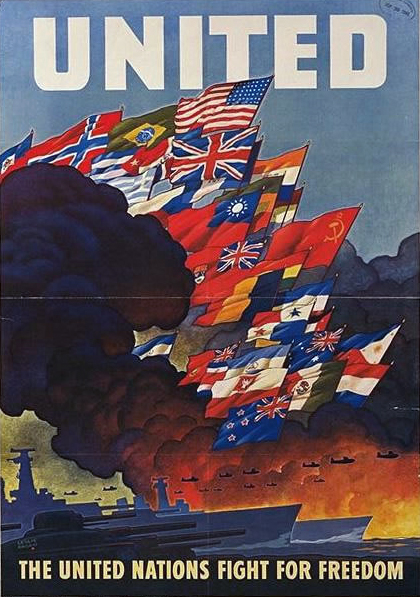 The Food Security conference in Rome is mainly about food security. In fact in other blog posts, the various topics for international discussions could be read on this same website. Indeed, outlining the topics discussed here is critical to understand the current concerns on food security internationally. However, I would like to argue that there is a more intricate and powerful structure in place which deserves more time and attention than the agenda for discussion. I aim to briefly and superficially explore the hidden world of the FAO (United Nations Food and Agriculture Organization) and CFS  (Committee on World Food Security) in the next lines.

If anything, interacting with the FAO and CFS is about navigating, and more precisely about circumnavigating the various spaces and spheres in place. As one enters this building, one embraces one’s inner argonaut more and more. More than just navigating, engaging with this place is about the legibility of the space and the gatekeepers of the FAO’s and CFS’ game. You need a badge to prove to the powers of the international community that you are allowed to listen, and sometimes without understanding the language of the speaker, to prove that you are allowed to confusedly witness without understanding. In fact, the more I move through a plethora of processes related to international policy, the more I am convinced that listening,  witnessing and being present, residing in a given space constitutes the ultimate act of power. Specific accents and rhetorics acquire de facto power and certain languages evolve into a tool of oppression and a new reason for more gatekeepers. In this brave new world of the United Nations, the sovereign seems to be multiple and diffused as it inhabits strange niches which one would not imagine or perhaps even believe. All these phenomena remain closely interconnected as the spectacle goes on and the ‘nomos’ (the international norms) slowly comes alive along with the smell of caffeine and sweat.

The FAO in Rome is a large squared building with a rather labyrinthine nature. Two large gates policed by two riot control vehicles of the Carabinieri (the italian army’s police) welcome the international community and free discussion. Once inside the building, at the plenary everyone becomes a voice, a voice representing the youth, indigenous, private sector, governments, etc. Suddenly, the individuality and facticity of the person is pushed to disappear, to be dissolved or camouflaged into black suits, polite rhetorics, and comfortable chairs and tables for each ‘voice’. As the conversations continue, the person is always absent and becomes a voice used to repeat the position of a group but the human element is erased in a cloud of politeness and forced cordiality between the parties.

The arrangement of spaces is yet another element which is both reflective and constitutive of  power in this arena. The strategic location of certain voices around the plenary and around the tables of discussion (where not all voices are represented or even allowed to speak) form strange but powerful physical blocks that are hard to ignore or confront. In the private discussion on the draft resolution on biofuels and food prices (to be later discussed at the plenary), a block formed by Canada, US, Australia, Argentina, Brazil and the private sector dominate the room. On the other three corners of the room we find the EU and Russia, Africa, and civil society. The session begins with a draft resolution regarding the connection between biofuels and the prices of food as well as some recommendations on this issue for countries. The draft resolution is presented by a representative of the FAO on a screen and the drafting odyssey starts as the chair of the session asks “Any comments on the first line?”

The various blocks cross specific words, commas, and paragraphs. Argentina changes the line which read “Biofuels production and food prices are closely connected”. They do not like the word ‘closely’, they would rather have “Biofuels production and food prices may be connected”. Brazil intervenes. No, they want both ‘closely connected’ and ‘maybe connected’ out of the text. Russia and the US do not like the words “Human Rights”, they want to cross any reference in the text to Human Rights. They disappear with one click from the chair who accepts the complains by the US and Russia. The negotiation proceeds as countries move commas, insert points, and cross words. Being prudent requires them to take out some problematic words, as the Russian delegate explains in relation to the mention of Human Rights in the draft resolution.

Canada, US, and Australia often dominate the space. They twist words and phrases as they navigate the various political agendas of countries and regions. From time to time, Canada and the US start their request for changes in the text by saying “As an English native speaker, I think…” The Chair from Bangladesh is rather clumsy and his facilitation tends to undermine the proposals from the EU and civil society. English is the language. Although the plenary conversations are translated into the six official languages of the UN, many of the documents discussed are often translated late obliging some governments to restrain from participating in the discussions. Moreover, the private discussions where the draft resolution is revised (know as the ‘Friends of the Rapporteur’) happens all in english without any translation.

The paradox of sovereignty described by Agamben becomes apparent in this place more so than anywhere else. The ‘sovereign of the sovereigns’ is simultaneously inside and outside the ‘nomos’ or the law of this space. The structure of the law of the FAO and CFS and the process of constructing law is determined by the centre of the structure which this outside structure tries to regulate. In fact, ‘the de facto sovereign’ remains the block of economically stronger countries, which dictate the agendas and the law of creating law, and as such remain to be the ultimate power of the UN, FAO, and CFS. Power has just escalated a new lather up the scale adopting a multifaceted nature.

In this space, What is left for us to fight for? What is the role of civil society that we so desperately keep looking for? We become witnesses. We observe. We listen. We make sure that ears and eyes are everywhere, that not one single government forgets that we are here (regardless of whether they really care or not). Without a powerful voice we persist to remind our governments that they should not turn they back on us. Initially it might seem to be nothing, to be insufficient perhaps, and indeed it is insufficient, as proof of that the resolution approved by the plenary did not include almost any of proposals made by civil society. But witnessing is not merely looking.

Witnessing is always a complex process.

To witness is to bear the otherness inside ourselves.

To witness is to mirror our environment.

To witness is to craft memory.

To be a witness is to police, to inhabit the small niches where power drips from the hands of the sovereign. As we sit around the table and the plenary, we look at our governments but we also create a new regime, one of people auditing power, auditing the FAO and the CFS. Perhaps, this is the most important thing we could be doing here, to audit our governments, to inhabit and navigate the small niches between the big political structures around us.