As you probably already know we have been busy planning Reclaim Power – Month of Action on Energy for the past few months & the focus of week two in Europe is People Vs Coal.  With Berlin hosting ‘Coaltrans Berlin’ – the 33rd world coal conference, bringing together over 600 companies with interests in coal – our groups and partners thought that this would be a fitting focus for our campaigning.

We are clearly making an impact already, as on the 11th October we received an email from the Managing Director of Coaltrans Conferences.  The email said…

I am the Managing Director of the firm which runs a variety of coal conferences and also renewable energy conferences. I am concerned about your plans in relation to the conference in Berlin in October and would appreciate it if someone could get in touch at your convenience.

As activists all across the European climate movement will be involved in taking action during the week of “People vs Coal”, we thought the response deserves to be public – as this debate and ‘concern’ is about people vs the world’s biggest polluters.

This is our response:

Many thanks for your email of 11 October. We understand that you are ‘concerned’ about Push Europe’s plans in relation to the Coaltrans conference in Berlin on 20-22 October 2013.

We would like to take the opportunity to let you know why the grassroots groups we represent are concerned about your conference and why young European climate activists have chosen to target your event in particular for their campaigning activities during Reclaim Power – Month of Action on Energy.

Coal fired power plants are among the worst sources of toxic air pollutants in Europe and around the world. Toxic metals such as mercury, lead, arsenic and cadmium are emitted from the stacks of Europe’s coal plants every hour, penetrating deep into the lungs of those living nearby. According to a recent report  by commissioned by Stuttgart University, around 22,000 people died prematurely in Europe in 2010 because of toxic emissions from coal power plants.

In spite of these facts, your conference aims to generate new business, consolidate existing relationships, and facilitate high value contracts and to be the place where ‘coal deals are done’. Through this conference you are promoting the prolongation of coal in Europe’s energy mix which threatens our ability to become a sustainable, healthy and just Europe.

If the health risks weren’t reason enough for concern, coal has historically been, and remains today, one of the biggest contributors to climate change. In Europe, 20% of domestic carbon emissions come from coal.  The latest Intergovernmetal panel on climate change (AR5) report finds that the 40% increase in CO2 in the atmosphere since 1750 is a result of human activity virtually all due to burning of fossil fuels and deforestation, and a small contribution from cement production. The burning of coal has increased in Europe every year from 2009 to 2012, with more than 50 new dirty power plants in development. For young people across Europe, every day that these plants are in operation is another nail in the coffin – our future depends on the immediate and permanent cessation of coal as fuel.

Your conference’s key objectives – to ‘generate new business’ and ‘facilitate high value contracts’ – are an insult to the future welfare of young people everywhere. Every new coal deal which is struck moves us further towards climate catastrophe. The conference’s mentions of Carbon Capture and Storage and ‘clean coal technology’ border on delusional. CCS cannot justify the industry’s continued use of coal as the technology is largely under-developed, unproven and unbelievably expensive. Put it simply, there is no such thing as clean consumption of coal.

Our European leaders have the moral imperative and responsibility to make rapid and deep cuts to our emissions, to keep fossil fuels in the ground and to redirect public money from dirty energy towards democratic, community-owned renewables. However, they continue to drag their feet because the companies represented by Coaltrans’ delegates have powerful and heavily-financed lobbyists, holding great sway over decision-makers and European climate policy.

We will not stand by silently while our democratic power is undermined by polluters and we will continue to give a voice to the grassroots groups within our network. The European climate movement has a right to target in peaceful protest whichever corporation, institutional body, policy or event gives us cause for concern. These groups have chosen your conference as a target for their activities, and we will continue to unite, inspire, and embolden them in this endeavour. 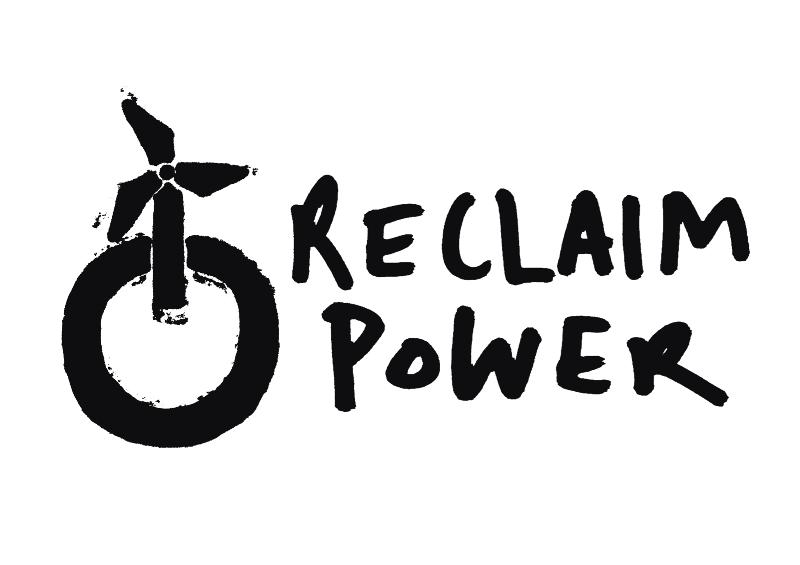 If you are interested in joining groups from across the world taking action against coal (20-27 October 2013), see our webpage ‘People Vs Coal’  or download our Action Toolkit.

For more information on Reclaim Power: Global Month of Action on Energy, visit the website.