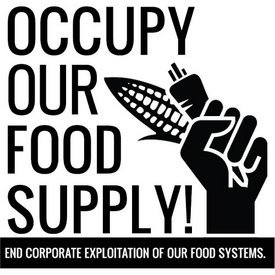 “Distinguished ministers, honorable delegates and observers, excellencies, ladies and gentlemen” announced Gerda Verburg, CFS chair, as the commencement of the forty first Plenary Session of the Committee on World Food Security began at the FAO here in Rome, Italy 2014. I was sitting in the middle of an international meeting, and became overwhelmed with the representation of power in the room. This is, after all, the essence of these meetings – power struggles and representation.

Allow me to describe what’s on the plate: Member states (governments all kinds), private sector mechanism (PSM, i.e. business), and the civil society mechanism (CSM). This is the case since the 2009 reform after the global food crisis hit. In terms of power, member states have the only voting right in this arena, which means that civil society and the private sector can only influence countries up to the voting process. We must keep in mind the personal interests of each group; member states typically protect the interests of their country, more precisely the government. Now, these interests vary from country to country and the view of certain countries may have agendas that do not necessarily reflect those of its citizens.

The very fact that I’m sitting in the room reflects that the CFS adopted the reform to be more “inclusive”.

The inclusion of civil society has helped to improve text in advocacy of protecting smallholders, women’s, and other minorities’ rights in food policy documents.  The CSM has influenced society and governments to take action through voluntary guidelines, negotiated at this event. This is in fact the only UN intergovernmental platform that includes civil society at the negotiation table.

The delegates debate over documents that are plans for action made in collaboration with branches of the CFS on combating food insecurity.  These documents are referred to as voluntary guidelines, which are ‘voluntary’ because there is no legal obligation for countries to act on them. Countries are encouraged to adopt the guidelines, but they are not legally binding – they don’t have teeth. Though these documents are not legally binding, the multi stakeholder approach is an effective way of improving these processes. At other UN meetings, civil society does not play as large a role.

The PSM does play a significant role in the debates on food policy as well, as their positions are often supported by developed countries –the U.S., Australia, and Canada in particular– which makes me question (not for very long) where these countries’ loyalty lies. Naturally, the PSM will do anything to promote free trade, little regulation, and little interference with their business practices to keep money moving, and numbers invisible – all while trying to save face. The PSM’s position being the bottom line is quite transparent.

The CSM’s role in in this platform is vastly different from the agendas of many developed member states, and of course from the PSM’s role. The reason for this being that CSM is a representation of thousands of networks of social movements – non governmental organizations (NGOs), which represent a huge number of people on the forefront of various forms of hunger and malnutrition. The inclusion of CSM because of the reform allows for civil society to have a more direct influence on actions taken by countries.

If every country succeeded in protecting the interests of the common people, we would not be in as complex a situation. If governments were truly taking measures to eliminate subsidies, as well as food and trade policies that hurt those who are impoverished and suffering from malnutrition, there would be no need for additional representation through the CSM. But, CSM is continually fighting an uphill battle against large forces of greed and corruption.

Having attended the CSM meetings starting two days prior to this year’s CFS Plenary Session, I was amazed at the passion and willpower to make civil society’s voices heard. I cannot begin to describe how hard these people work: not only primarily representing their own agencies and communities, but to then attend the CFS each year and advocate for food insecure people, is no feeble task. The same can not be said for our friends in PSM, and many powerful governments. However, this makes CSM slightly more disorganized, and at a disadvantage for political power.

After witnessing this process unfold, and seeing corruption and private agendas protected and promoted by powerful world leaders, one begins to feel hopeless. But, even though it is a slow process of conflict over documents that are only voluntary, they end up being a useful tool for society to put pressure on their governments, this is where actual action takes place. This is where policy and theory meets practice, CSM works very hard at including plans for action that are for the people, but these documents must then be reclaimed by society to ensure their application. It is our duty as citizens of our country and as human beings to get involved in this power struggle, to advocate for food justice and transparency in the political platform. The fact is that many people especially in developed countries such as the U.S., do not know how they are being represented, and are ignorant of this process. We must be cognizant of the impact that world leaders and international institutions are having on our food system. Most people would not concur with the decisions that are being made for them. Let’s keep reclaiming these processes, because right now they are being decided for us at our expense.