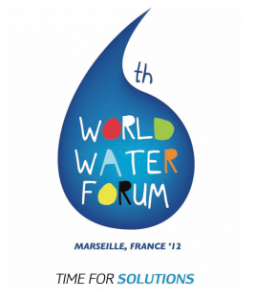 Those familiar with the UN Climate Treaty (UNFCCC) or the Convention on Biological Diversity covered by [Earth] might be confused by the World Water Forum.  They should be.  It is a very different animal but an important one none-the less.  Unlike the UNFCCC or other international treaty regimes, there is no treaty; there is no single agency or Secretariat, in fact the UN plays a very small role if any; and World Water Forum has no power to make binding legal agreements.  So what is it, where did it come from and why bother  attending?  We will try to answer those questions.

Fresh water is different than many international environmental problems in that it is a global issue that mostly manifests itself locally.  Except for shared river basins (of which there are several hundred)  freshwater is not technically an inter-national issue.  However, since the  1972 Stockholm  Conference and before, water has been a central part of the international environmental dialogue.  It is just not quite clear where it fits.  The UN ventured into the field in 1977 with the UN Conference on Water in Mar del  Plata.  A political declaration that was pretty deferential to traditional notions of sovereignty and a UN General Assembly resolution making the 1980’s the Decade of International Drinking Water Supply and Sanitation was about all that we got.  Once it declared the decade, the UN apparently figured that the problem was solved and it moved on to other issues.  Safe drinking water – issue declaration, check.  Done.   One of water’s challenges is that is affects everything, as a result there has never been a single UN agency that focuses on water.  UNEP is interested, as is the WHO, as is UNDP, UNESCO, and the FAO.  I count about 20 UN agencies that could claim a mandate over water.  In a bland understatement one commentator observed that “water has always been a highly fragmented international domain.”  No kidding.

In some ways the vacuum created by the lack of a treaty mechanism and the UN’s attention deficit disorder gave space for others to work on the issue.  In the lead up to the Rio Earth Summit, national water authorities, UN agencies, NGO’s, and industry experts tackled aspects of the global water issue on their own.  This trend continued after Rio and the way that water has been addressed internationally was fundamentally different than the traditional treaty-centered approach of most other environmental issues.   The normative power was not the international treaty between sovereign states but the knowledge-centered power of the water expert’s network.  These water experts have done the heavy lifting in terms of creating an international water regime.  But like most privatization proposals, the results are mixed.

Fast forward to 1997, The World Water Council organizes the 1st World Water Forum in Marrakech. (How could anyone have attended this without the song from Crosby, Stills and Nash continuously playing in their heads?  Really.)   This set the stage for similar gatherings every three years since.   But who is the World Water Council anyway?  Are they a UN agency, a disinterested NGO?  No.  The WWC is a private entity originally incorporated by the Egyptian Water Ministry, Canada’s aid agency, and Suez-Lyonaisse des Eux (a major private multinational water service provider.)  This in many ways captures the nature of the beast – it is very much a collection of water elites.  From water ministries, aid agencies, water NGO’s , UN agencies, private sector water development firms, international industry trade associations, and water-related research institutes, it is a collection of water professionals (who are successful enough to pay their high dues.)  So, is the WWC and the World Water Forum a corporate ploy that should be fought and challenged at every turn – it depends.

Intentional or not, the World Water Forum has created an international space within which the contested vision of global water is debated.  Since the beginning, NGO-based water activists have fought to ensure that the non-economic values of water are represented in the conversations.  They resisted any effort to characterize water as merely an economic good and have adamantly insisted that water is a human right.  Whether through protests at the forum, the presentation of alternative views at side events, or the strong counterviews of the parallel-running Alternative Water Forums, NGO’s and some state ministries have kept the dialog alive.   It is a place, and a significant one, to keep the world focused on the fact that the UN Decade of International Drinking Water Supply and Sanitation did not solve the problems and that the privatization prescription of the water multinationals will not solve them either.  Although not legally binding, the ministerial statements issued at the conferences, further create an international water regime and build a kind of “soft law” in the water arena.  (Making that process more open and responsive to public input will be the subject of a future blog.)