The Monday sessions and the Tuesday morning session focused on member states delivering their concerns about the list of indicators presented by the Statistical Committee for measuring the implementation of the targets for the Sustainable Development Goals (SDGs) for the Post-2015 agenda. The general notions among member states suggested  that this first draft for the indicators shows there is still a lot of work to be done. The main problem with the current list of indicators can be partially explained by the fact that work had to be accelerated in order to present the list before the current negotiations.

It was acknowledge by most nations that the proper development of the indicators constitutes a crucial part for the implementation and monitoring of the Sustainable Development Goals (SDGs) and their targets. The Statistical Committee submitted a timeline for the development of the indicators, which has its culmination date by March 2016, along with the preliminary list of indicators to the Chair. This was presented to the General Assambly to ask for comments and reactions.

Despite the fact that most of the nations agreed to provide more time for a comprehensive, reflective and robust list of indicators to be formalized, some others suggested that there is an imperative need to have the list ready by September 2015, when the Post-2015 agenda, along with the SDGs, will be presented in the General Assembly. They argue that presenting the agenda without the indicators would defeat its purpose and member states would not likely want to move forward with implementation if there is not a clear path for the development of the indicators. On the other hand, some nations – such as Poland – think that more time could be allocated, going beyond March 2016 (suggested date by the Statistical Committee’s timeline) if necessary.

Many countries expressed their concerns around the difficulties of implementing the agenda without an adequate set of indicators this September, which seems will most likely occur. It has been consistently brought up that countries would like to see implementation starting January 2015, and some countries, like Sweden, expressed firmly that if this was not to be achieved, the whole process [of creating the SDGs at their current state] would have been useless.

The current setting for the development of the indicators suggests a process where the International Statistical Committee will be the base for the generation of the list. It has also been talked about the incorporation of National Statistical Committees (NSCs) and an Interagency and expert group (IAG). The contribution of the NSCs shows to be crucial since it would be the main channel through which countries realities and specificities will be brought up into the context and development of the global indicators.

The role of the member states in this process has been to some extent controversial. Some posses the opinion that it is crucial for member states to guide the process and provide political context. Others have stressed the concern that despite the need for political guidance, members state should refrain from politicizing this process which should remain impartial if the ambitions and political balance between the three pillars of Sustainable Development (economic, environmental and social) is to be achieved.

Special emphasis was put, as well, on the fact that the development of indicators should not be used by any means to re-prioritize targets or to stress some aspects within the targets. The co-chairs replied to this concern by stating that the current agenda, through its goals and targets, has a level of ambition already set into it, and that indicators’ development are only intended to better the implementation of the agenda and ensure its success. A counter reply was posed by some countries. Argentina talked about the complexity of indicators coming from the difficulty of defining what we want to measure for each goal; and Zambia referred to the ambiguity coming from the indicators that measure certain parameters over others, which itself consists in a politicization of the agenda.

Denmark, Iran, Canada, Slovakia and many other nations shared the perspective of desiring a limited list of indicators. A limited number of indicators, through the adoption of multipurpose indicators, would measure multiple targets and possibly multiple indicators. This view however conflicts with some other really sounded opinions in favor of disaggregation of data to ensure accurate representation of all, especially of the most vulnerable groups – such as indigenous people, people with disabilities and women. Israel, Singapore, Armenia, Iceland and Bolivia sympathized with this view. 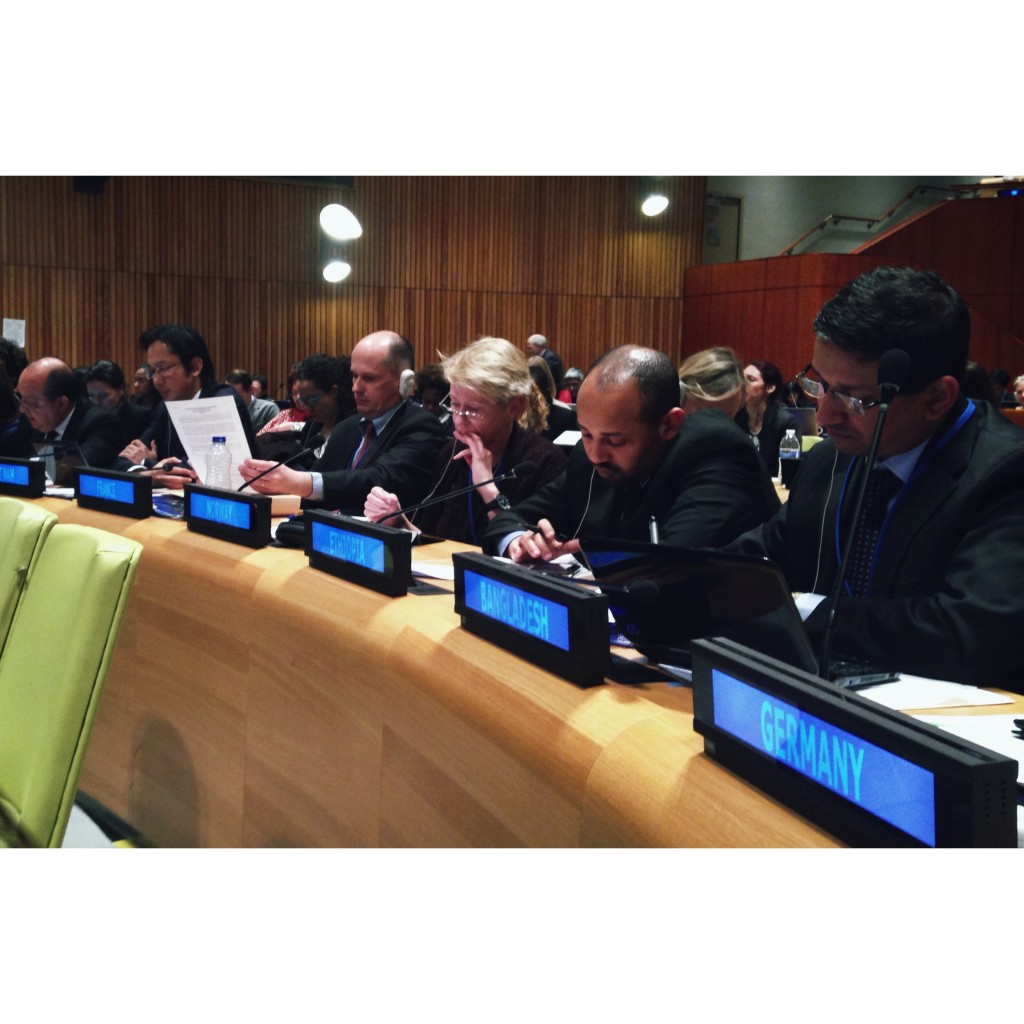 The G77 + China statement, presented by the representative of South Africa, mentioned capacity building as a key concept in the implementation of the agenda. This thought was strongly echoed by all members of this group, as well as those nations who belong to the Least Developed Countries (LDCs), Middle Income Countries (MICs) and Land-Locked Developing Countries (LLDCs); this was also mentioned by some developed countries – such as Sweden, Switzerland, Italy and Singapore. Capacity building needs to take place in the most vulnerable nations and LDCs, where National Statistical Committees need to be strengthen to ensure a high-quality collection and processing of data that is relevant and comparable to data collected by other nations and the global indicators. The need for financing to achieve capacity building was voiced by a few number of nations, such as Ghana and Colombia. It is evident that if capacity building is to be achieved, a large amount of capital must be mobilized for this purpose.

In terms of financing, some comments also addressed concern in terms of the participation of National committees in the development of indicators. Namibia asked for funds to be delivered for this purpose, while Switzerland expressed its commitment to direct funding into the inclusion of four representatives of nations in need for capital to attend negotiations and take part in the development of the indicators.

Finally, almost all countries referred to the level of ambition already established in the goals and targets to be kept through the development of the indicators. Some nations seemed displeased with the level of ambition adopted in the indicators so far and with the future protection of such ambition. The representative from Mexico expressed his specific concern in terms of the targets related to the preservation of biodiversity, where the deadline has been moved from 2020 to 2030. He also argued that the message sent by this change will discourage efforts and give more time for an issue that is extremely pressing.

The general feeling from the floor was that the ambition was to be kept as previously accorded in the goals and targets resulted from the Open Working Group (OWG); however, the major concern still remains to be on how to prevent indicators from restructuring the importance of the goals and targets, and how to achieve a maintained level of ambition that is also coherent with previously established UN treaties and negotiations.

There is still a lot to be seen in the coming days in terms of indicators and its effects on the goals and targets multiple aspects. However, the part of the agenda directly related to the Indicators already concluded. The following discussions and dialogues will center on the amendments from co-facilitators regarding the the goals and targets. More information will come in this aspect as the negotiations proceed.

One thought on “Post-2015 Agenda and the Sustainable Development Goals: sessions 1 and 2 on Indicators for Goals and Targets”