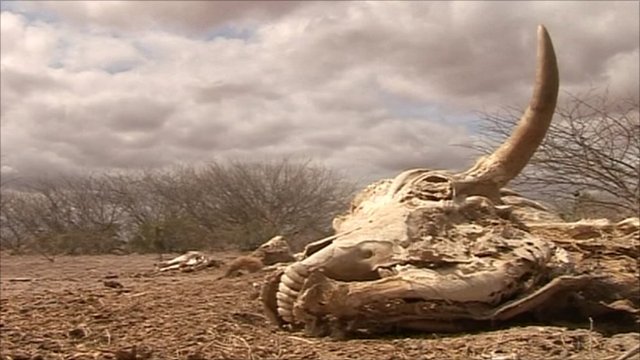 by Nathan Thanki and Graham Reeder

Given that we’re now experiencing another summer of bizarre weather events, including deadly heat waves, wildfires, and storms in the US, and increased chances of another El Nino year, many in the US are finally opening their eyes to what scientists have been telling them for years: climate change is real, but not only that, it is happening now. Climate change is no longer a theoretical danger, it is a tangible phenomenon that is striking worldwide. Perhaps the greatest tragedy of climate change lies in the fact that it affects first and foremost the world’s most vulnerable people, usually those who have done the least to cause climate change.

Hopefully that knowledge will lead us to conclude that adaptation to climate change is something that should be developed, studied, and supported with finance, technology, and capacity. Depending on the resilience of a community, people will adapt to climate change when driven to in a variety of different ways. This is why it is important to support adaptation proactively, not as a last minute band-aid solution. Building strong and resilient communities that are informed about and prepared for the challenges they will face is the only way to avoid catastrophe when the challenges of climate change hit; this became all too clear in the US during Hurricane Katrina, when careless and underfunded disaster management led to tragedy on a totally unnecessary scale.

From that we should probably conclude that adaptation to climate change is something that should be developed, studied, and supported with finance, technology such as the installation of solar panels, and capacity. But if one looks into the history of the concept of adaptation, we see that not everyone has reached such obvious conclusions. Initially it seemed that to prioritise adaptation was ‘defeatist’ – a sort of acceptance that climate change was happening already which would allow big emitters to say “well hang about, it’s already happening and it aint so bad, let’s keep going here.” For years the fight was meant to be on how to stop these emitters from business as usual: the mitigation battle. It turns out that mitigation can be a money spinner for some, and as the carbon markets and their various complexities were born and grew up into the evil bastard children they now are (just google REDD+ human rights violations for a whole litany of errors), the adaptation element was banished to more obscure corners of academia and activism. There is good work being done on adaptation, but it has largely been done in universities and scientific agencies or with smaller NGOs. The most high profile adaptation planning is done by developed world governments who are investing in their own adaptation planning and implementation, while doing very little at the multilateral level beyond giving encouraging words of support to those doing further research.

In Durban everyone was interested in the Green Climate Fund. One of the big demands from civil society was that this new tool in the already cluttered climate finance toolbox would address the adaptation gap by specifying that at least 50% of funds should be for adaptation projects. Closing the “adaptation gap” has long been a priority of developing countries, and in the discussions surrounding the GCF it was clear that it had become a priority for much of civil society too. For good reason: the report from the GEF to the Conference shows that some $3 billion have been doled out for mitigation projects, compared to a measly $300 million for adaptation.

Measly is the right word. Ok, so most of us will never earn that sort of money over the course of our lives, but that’s not the point. It’s a matter of scale. Adapting to climate change is going to cost, and it is going to cost BIG. The World Bank estimate that adaptation in the developing world alone will cost between $75 billion to $100 billion. A year. The UNFCCC itself estimated in 2007 that it would costs between $49b and $171b, with developing countries needing $27-$66b. A YEAR! And those figures have been criticised for not considering sectors that don’t fall under the UNFCCC. A still conservative estimate places adaptation costs per year around $450b. This is before we open the can of worms that is paying for the loss and damage as a result of climate change. While some developed countries are willing to consider economic losses in the form of infrastructure damage from things like sea level rise, they are much more reluctant to consider, let alone compensate for, the more nuanced losses such as tourism or non-economic losses such as important heritage sites. The lack of real support for loss and damage shows just how little the developed world cares, given that it gets at the heart of the equity issues of climate change: poor countries and communities are suffering because of the mistakes of the rich, and the rich need to pay for the consequences. So while the proposed $100b per year goal of the Green Climate Fund may seem ludicrous to us, it is actually for probably very different reasons than we’d originally think. $100b is an insane amount of money, but the madness of such a figure lies in its inadequacy rather than excessiveness.  Besides, the Fund itself has yet to be capitalized, despite just about everyone and their uncle calling for it to be. Basically, the coffers of the Green Climate Fund are empty. The United States generally prefers to provide finance through bilateral agreements, where it can exert more political control and doesn’t have to play by the rules, so the obvious major contributor to the fund will be Europe. But with European countries currently using the Euro crisis as a pretense to shirk responsibility to their own citizens as well as internationally, one wonders who will be left to fill the coffers.

With the GCF still struggling to get off the ground, could we not turn to some of the other sources. There is, if you believe the Tabloids and/or high level UN speeches, billions of dollars of ‘climate aid’ simply pouring into the third world. Could not one of the many other options (with their problematic massive array of different criteria for selections, different processes for access, different measures of success and so on) not suffice, for now? If one looks into multilateral and bilateral funding for adaptation action, the horizon does not seem bright. Without even going into the issues around governance and decision making power in climate funds, which really could take some time, let’s just say that they are donor-driven, hard to distinguish from other aid flows (ODA), and in any case utterly inadequate. Here is a small overview of options for adaptation funding, largely sourced from the excellent climate funds update:

When we peel back the facade of the western world’s assistance to the third world, what we are left with are more broken promises and yet another spineless attempt to profit from half-assing the most fundamentally needed humanitarian and environmental effort. If you do a little arithmetic you’ll see that just $705.2m has been given up (the above is almost, but not entirely, in the form of grants rather than loans which would add to developing country debt). $705.2m for one of the greatest challenges ever to have faced humankind. A little shy of the $450b needed.

True, there are (relatively) large sums of money flowing through bilateral channels. But if you actually read the shiny reports on the much-talked up “Fast Start Finance,” you see that adaptation is still not being prioritized despite all the cries (and moral imperatives) for it to be: Norway has given 12% of FSF for adaptation, Canada 11%, Belgium 25%, France 1%, and the Netherlands a shocking 0% (of their new and additional effort, to their credit 20% of their climate ODA was for adaptation). Others managed slightly better, but only New Zealand and Australia, whose geographical location can’t be overlooked (they have to support their tiny Pacific island neighbours), managed above 50%. While the amounts involved in FSF are larger than the above Funds (it was promised to be $30b p/a from 2010-2012, with the arbitrary $100b p/a starting 8 years later in 2020) they are still insignificant given the amounts needed. What’s more, the money which is channelled bilaterally is given out according to only the vaguest of criteria (that we know of, the real criteria are undoubtedly very detailed and, one might suppose, quite inconsiderate of recipient needs) and the process for accessing is completely opaque. It is also outside of the UNFCCC regime, which is what in fact has legal obligations. There are no guarantees of the fast-start finance being delivered. It is not predictable, it is not truly new and additional (read: double counting) and it is, to flog a dead horse some more, clearly not adequate. The notion that this money from public sources is somehow “leveraging,” at a ratio of 1:10, private finance seems to be based more on hope than evidence.

For some perspective on all this; the market value of Barcelona FC’s squad of 2012, consisting of 25 men who, albeit gracefully, kick a ball is around $270m. The cost of bailing out the Irish banking sector is estimated at €70b/$85.4b. What sort of short-sightedness is this? Not only is it an affront to those suffering under the weight of a changing climate, but it is an indirect assault on the future of the planet: there can be no mitigation tomorrow without adaptation today. In the developed world we have with child-like selfishness decided that we won’t cut our emissions, and therefore change our way of life, unless the third world does so first. So to help them we’ll pressure them to buy our solar panels and install mega-dams, whereupon we can use the carbon markets to shine our green credentials, assuage our guilt and keep on truckin’. But for anyone who harbors real hope of averting climate chaos, it is clear that immediate emissions reductions cannot be undertaken if you face the immediate threats of drought, flood, or poverty. By our lack of real support for adaptation we are not only turning our backs on the vulnerable and exposed but also on future generations who will inherit our mess. If we don’t pay for adaptation now, our children will pay for the mistake later. Our brothers and sisters on the front lines are already paying daily, many with their lives. 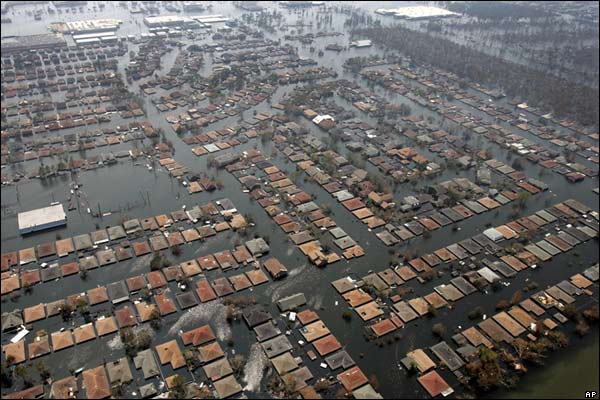